Volunteering may not just be useful for society, but also simply interesting and fun. One of the areas where you can participate as a volunteer is cinema, specifically film festivals.

Unfortunately, not every festival hires volunteers. For instance, the Cannes Film Festival is so well sponsored that all of the positions are filled with experienced employees who get paid for their work. However, it is also done due to the security reasons. But despite the fact that many festivals provide paid internships, some actually offer volunteering positions. In fact, even if you will get paid for your job, these types of events are definitely not the place to make money. Flight tickets and housing most likely will take up all of your earnings. But volunteering at a film festival will provide you invaluable work experience and a unique glance behind-the-scenes of the movie industry. Today we offer you a selection of film festivals around the world, which need your help.

The Sundance Film Festival needs volunteers all year round. But, of course, the most exciting time to get here is during the festival itself, which takes place in January and February in Park City, Utah.

Every year more than 2000 people are lucky to help in all areas of the Festival from theater entrances to shuttle stops. More than 3000 people submit applications each year. Therefore, you might need to go through a selection process and possibly have a phone interview. But as a volunteer, you may participate in non-theatre official Festival venues and get to be one of the first to see the world premieres of the best new independent films.

Volunteers may choose a number of hours they want to spend on a Festival from the minimum of 24 hours per week to working every day of the Festival on an assigned schedule. Volunteer benefits depend on the number of working hours. Applications are accepted starting from the mid-August until November. All volunteers must be 21 years old. The festival administration offers a limited number of accommodation options to volunteers who have previously worked for the Sundance Film Festival on a Full-Time schedule. 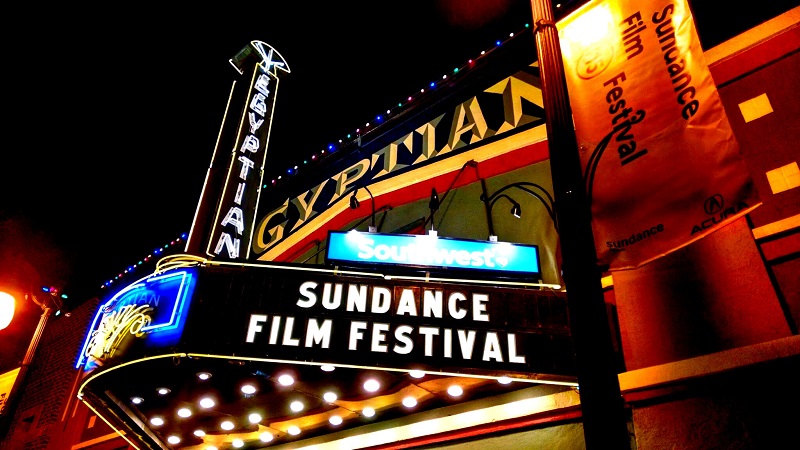 The Toronto International Film Festival takes place in September in the city of Toronto and offers volunteer positions to those who want to become a part of the world’s leading public film festival. The selection process includes several rounds. The first step is to complete an online application form, providing a CV, two references and you availability time. Those who are accepted receive an e-mail within approximately 4 weeks since submitting an application. The next phase is attending an in-person orientation. At this session, you will learn about policies and procedures related to volunteering at the Festival. After a successful completing the registration process, you will receive volunteer assignments based on your experience, skills etc. As a reward, volunteers receive access to all movies, exclusive discounts and a chance to make a lot of new friends.

As a volunteer at the Toronto International Film Festival, you may be assisting in different areas. Working in a theatre venue you will be mostly providing customer service and front-of-house assistance. Industry Center requires directing delegates and helping with various administrative tasks. Or you may be needed for Office Support to help with data-entry and organizational tasks. And at last, you can be an ACE volunteer, which means helping a specific venue of the Festival, which needs an urgent support.

The Annecy International Animated Film Festival is held in June and every year searchers for several hundred volunteers to help organize the event. You will be involved in all kinds of tasks, such as welcoming the guests of the Festival, helping with party organization, ticketing and customer service at the information desks, as well as participating in educational sessions, master classes, lectures and conferences held during the festival. Volunteers work for several hours a day in accordance with a pre-set schedule. All volunteers must be fluent in French.

The Melbourne International Film Festival is one of the oldest film festivals in the world. It was held in 1952 for the first time and since then has been held every year in July-August. The volunteer program of the festival has over 350 positions, among which are ticket scanners, queue managers and information staff, as well as other venue-support roles.

In order to become a volunteer at the Festival, you need to be at least 18 years old, fluent in English and have an availability of 14 shifts (even though the minimum is only 7). The average shift lasts approximately 4 to 5 hours. Those who manage to work more than 10 shifts, receive a Melbourne International Film Festival membership for the coming year. Depending on the position, a volunteer might be able to watch films, but the main priority should be guest assisting.

La Guarimba International Film Festival takes place in an incredibly beautiful seaside town of Amantea during the first half of August. This is probably the most democratic festival in Europe. The entrance to the festival is free and organizers provide 938 seats to watch movies in a specially equipped place outside.

All volunteers are provided with a place to sleep in a shared room, everyday meals and in case you have a car, they will pay for the gas. All you need is to have basic knowledge in English or Italian and show up to the location. The administration of the Festival offers a variety of volunteer assignments: cooking for organizers, installing a projector, setting up equipment, creating art installations, working as a bartender, writing posts for Twitter and Instagram, organizing a broadcast in Periscope etc.

The Dubai International Film Festival takes place in December and invites volunteers from all over the world to participate in the organization of the event. Volunteers may work as cashiers, assist with administrative tasks, accompany guests and help on the red carpet or in the field of marketing and media. Positions are available to applicants over 18 years old. For each worked shift, the volunteer receives a voucher for food and film viewing.

All volunteers take part in training and some may be invited to the festival closing party. The best workers receive a letter of recommendation and can be nominated for a special award.

By continuing to use the site, you agree to the use of cookies. more information