How To
/
Opportunities
/
Save the nature: volunteering programs for animal lovers – Part 2

In our previous article, we’ve told you about 5 amazing animal volunteer programs. But since there are more places which need help taking care and preserve nature, we’ve decided to make a part 2 of this topic. So without a long preface, let’s begin with our options.

1. Feed the bears in Romania

Romania can boast the largest population of brown bears in Europe. But also in Romania, a large number of these animals are kept in captivity. They live in harsh conditions and often get injured and even die because of hunters and poachers.

A Romanian woman Cristina Lapis saw this awful reality and since 1998 has been raising awareness of the public about the issue. She saw bears in cages used as pets or as an attraction for the audience and dreamed that one day she could stop the suffering of these magnificent animals.

Libearty Bear Sanctuary is located on 70 hectares of oak and hazel forest above the town of Zarnesti in Romania. It is now a new home to more than 70 bears, which have been rescued from all over the country. Here the bears can climb the trees and swim in the pools while enjoying the freedom.

Those who are interested in helping brown bears to return to normal life can volunteer for the Libearty Bear Sanctuary. You will be performing day-to-day tasks, such as preparing the food, feeding the animals, monitor their behavior and even assist with educational tours. 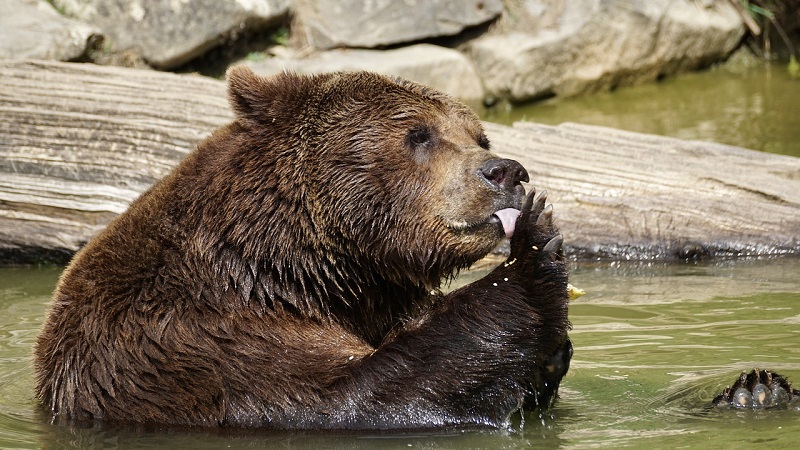 It is hard to find someone, who knows the habits of large African cats better than the animal behaviorist Kevin Richardson, who is also known as the “Lion Whisperer”. Currently, Richardson is the head of the “Kevin Richardson Wildlife Sanctuary”, which is engaged in the preparation of animals specifically for filming in documentaries. The sanctuary is located in just a half an hour northeast of Johannesburg and takes up 1300 ha of scenic territory. Kevin Richardson actively promotes against the mass breeding of the animals for the commercial purposes, therefore the sanctuary houses only adult predators.

Those who are interested in the life of lions may participate in a volunteer program offered by “Kevin Richardson Wildlife Sanctuary”. Volunteers get involved with maintaining and caring for the animals on site. Volunteer assignments may include food preparation, cleaning and filling of water holes, building toys for animals and even walks with lions. Since previously most of the reserve used to be a farmland, additional tasks may include bush cutting, fence work, sweeping and road maintenance.

Volunteering for “Kevin Richardson Wildlife Sanctuary” is a unique opportunity to make a face-to-face contact with majestic lions and observe their life in the wild. Moreover, here you will be able to see the clans of hyenas and enjoy the beauty of leopards. 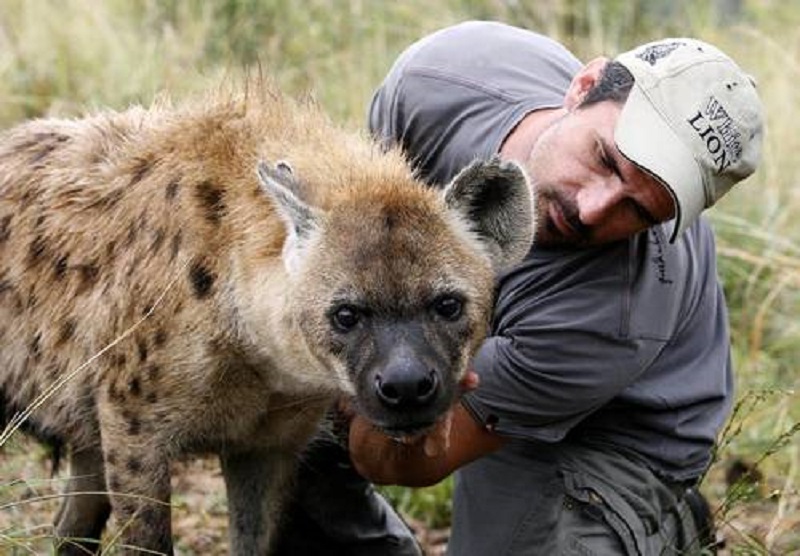 Kevin Richardson with the hyena

3. Save the marine ecosystem all over the world

A non-profit organization of “direct action” called the “Sea Shepherd” is engaged in the protection and preservation of the marine ecosystem. The company was founded in 1977 by one of the first Greenpeace participants Paul Watson. Paul considered the actions of the “green” society not sufficiently resolute, for which was excluded from Greenpeace. Paul Watson and his team go to the sea and do everything to protect the marine life from poachers.

Sea Shepherd Conservation Society is making attempts to counter the whalers of Russia, Spain, Norway, Iceland, the Faroe Islands and Japan in campaigns around the world. The organization inflicts damage solely on technology and facilities of the poachers.

The Sea Shepherd exists with the help of voluntary donations. Such famous people like Brigitte Bardot, Mick Jagger and Anthony Kiedis can be found among sponsors of the organization. On the official website, anyone can make a direct donation or purchase merchandise products. Sea Shepherd Conservation Society offers volunteer positions for those who would like to help on the shore and on the sea. As an onshore volunteer, you will be engaged in promotional activities, fundraising, distributing information and more. Those who are not afraid of the harsh conditions may join the crew aboard. The organization is mostly looking for the specialists like navigators, sailors, engineers or mechanics, but may take an unskilled volunteer if he shows a dedication to the marine world. 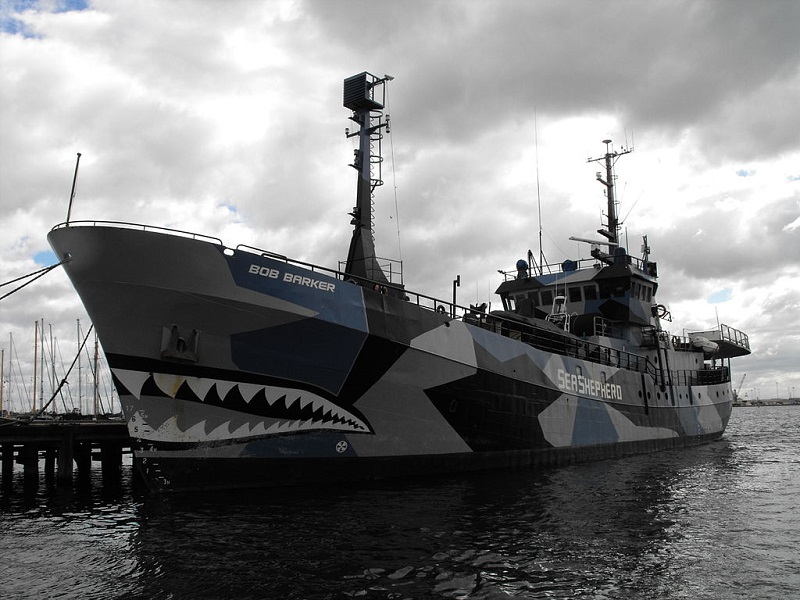 4. Take care of koalas in Australia

The sanctuary is constantly looking for staff to help run the reserve, but there are some volunteer options as well. You can either engage in the wildlife process of the company or help with administrative work. Wildlife volunteers participate in keeping the daily care of the animals, such as preparing food, cleaning exhibits, tidying around the sanctuary and more. Administration department is looking for IT specialists, translators or volunteers with filming and editing skills to make short videos about animals. Keep in mind that volunteer positions fill very quickly so you have to act fast to avoid disappointment. 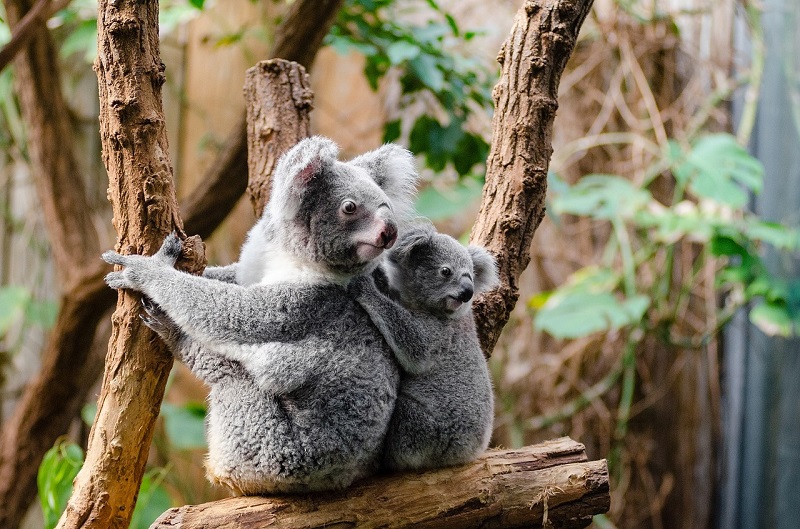 Koala sitting on a tree

Comunidad Inti Wara Yassi is a nursery in Bolivia intended for animals rescued from people. Bolivia is known for its black market where animals are sold to the hotels, clubs, private homes and circuses. Poachers usually track the groups of animals and take away their cubs. Later baby animals are exposed to danger and awful keeping conditions.

Comunidad Inti Wara Yassi not only assists the animals, which are in trouble but also advertise a conscious and vibrant love of the environment to the younger generation. Their goal is to show the glaring injustice towards the animals.

The nursery consists of volunteers from all over the world. If you love nature and want to help injured and abandoned animals you can become a volunteer in this wonderful community. The candidate is not required to have any special skills. Everything that the founders ask for is a big heart and a desire to help animals. Many volunteers get so attached to animals that after a while come back again!

By continuing to use the site, you agree to the use of cookies. more information